This is a photo taken from a "Magic Lantern" slide of a group of tourists on burros (and a few mules) who had traveled to Crystal Park, presumably from Manitou, on August 14, 1895.  The photo was taken near the present-day lake, looking towards the slope of Sunrise Peak.  John Hay's cabin is in the background.  Some of the large rocks are recognizable today, although the lens causes some distortion of perspective.
There were a number of livery stables that ran such trips from Manitou to Crystal Park, as well as to the top of Pikes Peak and other destinations.  These continued to operate even after the Crystal Park Auto Road Packard touring car trips began in 1910, maybe as a factor of price...the Auto Road trips were $2.50 and the burro trips $1.00, quite a difference at that time. 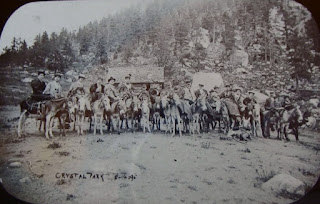 Posted by Historic Crystal Park at 8:51 AM

This is an update to a post from February, 2015.  After diligent research the location of the ticket office for the Crystal Park Auto Trip has been determined to be the West corner of the Manitou Ave./Otoe Place intersection.  As seen in the photos below, the building on the East side of Otoe Place is still there and is clearly the same building as in the ca.1910 photo.  Note the slope, decorative brickwork, window and the brick extension at the roof. There is no remnant of the Crystal Park ticket office to be seen, as it appears the topography of that side of Otoe place has been graded down several feet.  This was a mystery that had plagued those interested in Crystal Park history for years. 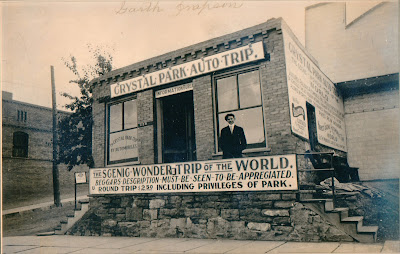 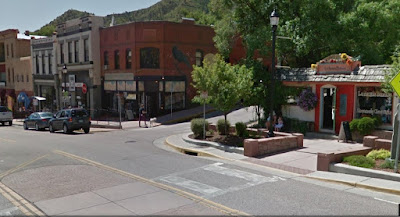 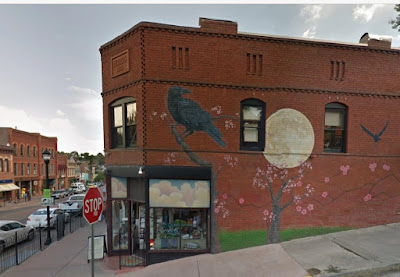 This is a follow up to a post from March, 2012 about burro trips to Crystal Park.  This photo postcard, postmarked August 21, 1915, was recently found online, showing five people on burros with a price board listing the cost of various burro trips.  The trip to Crystal Park cost $1.00. 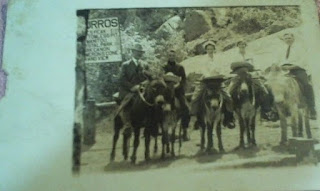 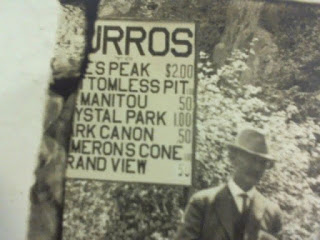 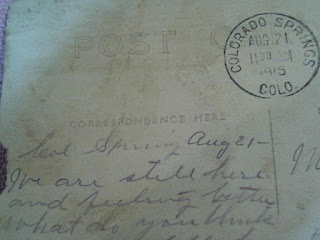 Below are three stereoview cards of Crystal Park scenes from the late 1800's.  All three are different views taken from the general area where the paved road terminates at the entrance to what we today call the Upper Park.  The first two are courtesy of Miramont Castle. 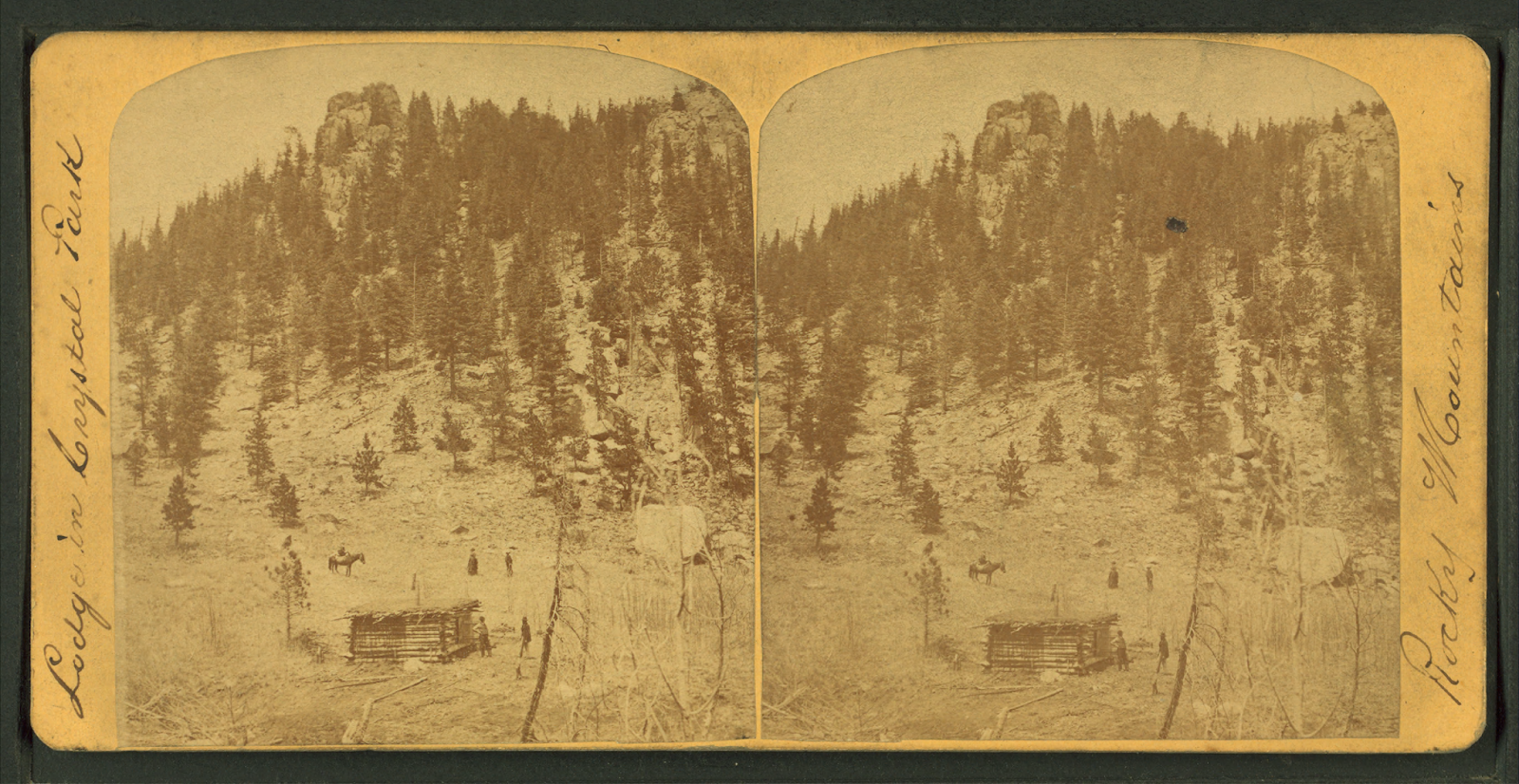 Snow Plow Rock was a rock formation just before the entrance to what is now called the Upper Park.  It was pretty dramatic and was a favored place to take photos.  The rock was removed during a road improvement project in the 1970's, as it was deemed a hazard.  Below are some photos that show it from sometime around 1895 (estimated) up to the present time. As always, click on images to enlarge. 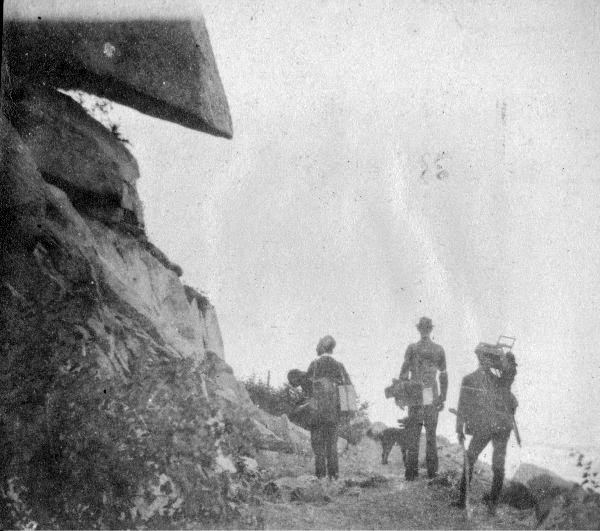 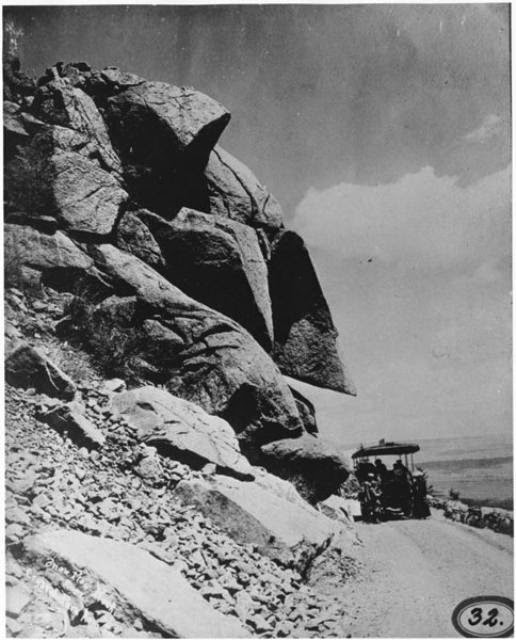 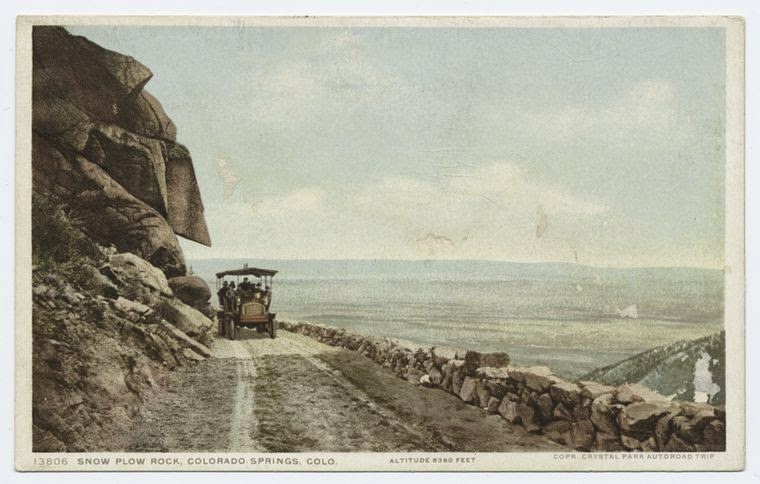 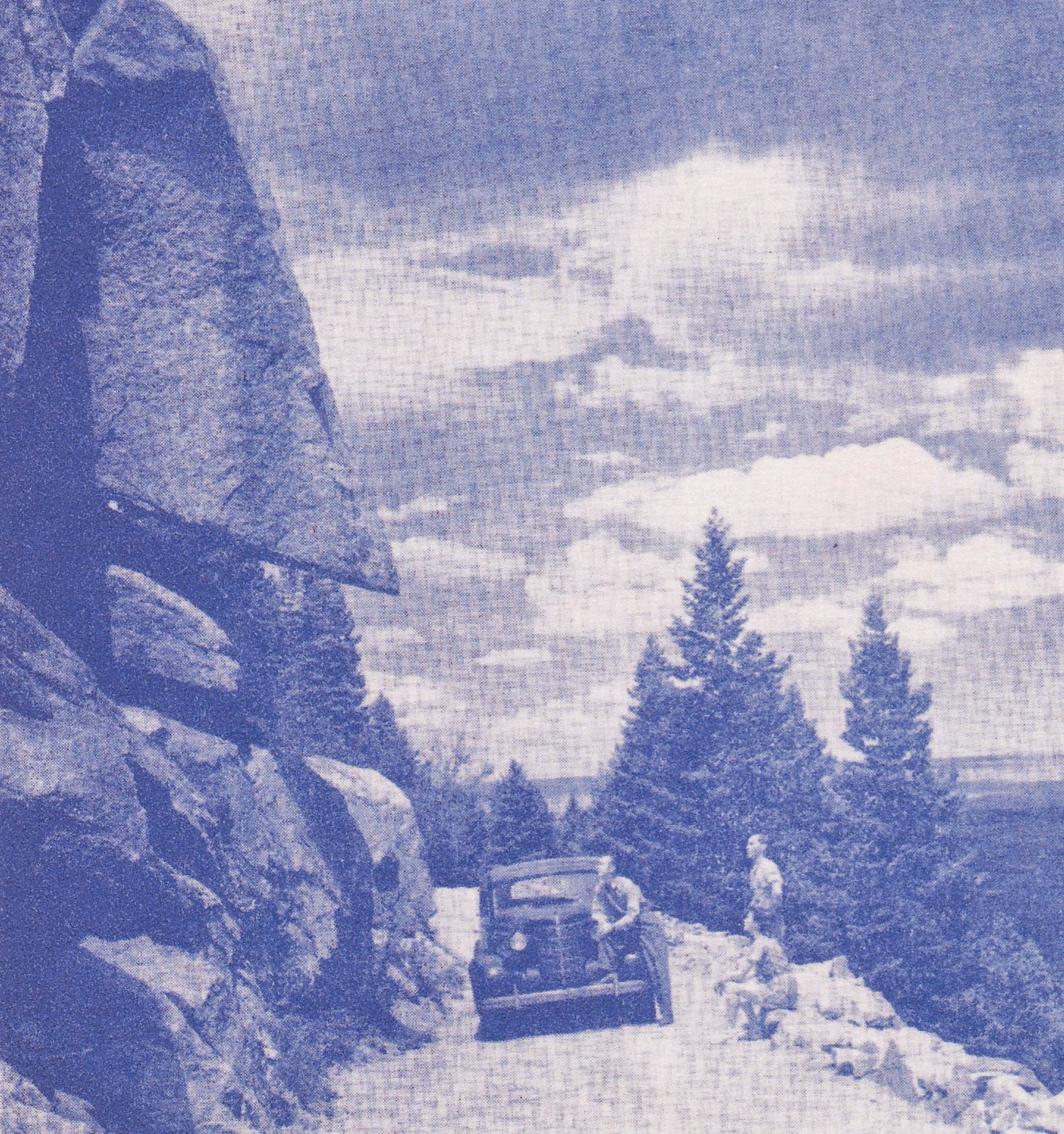 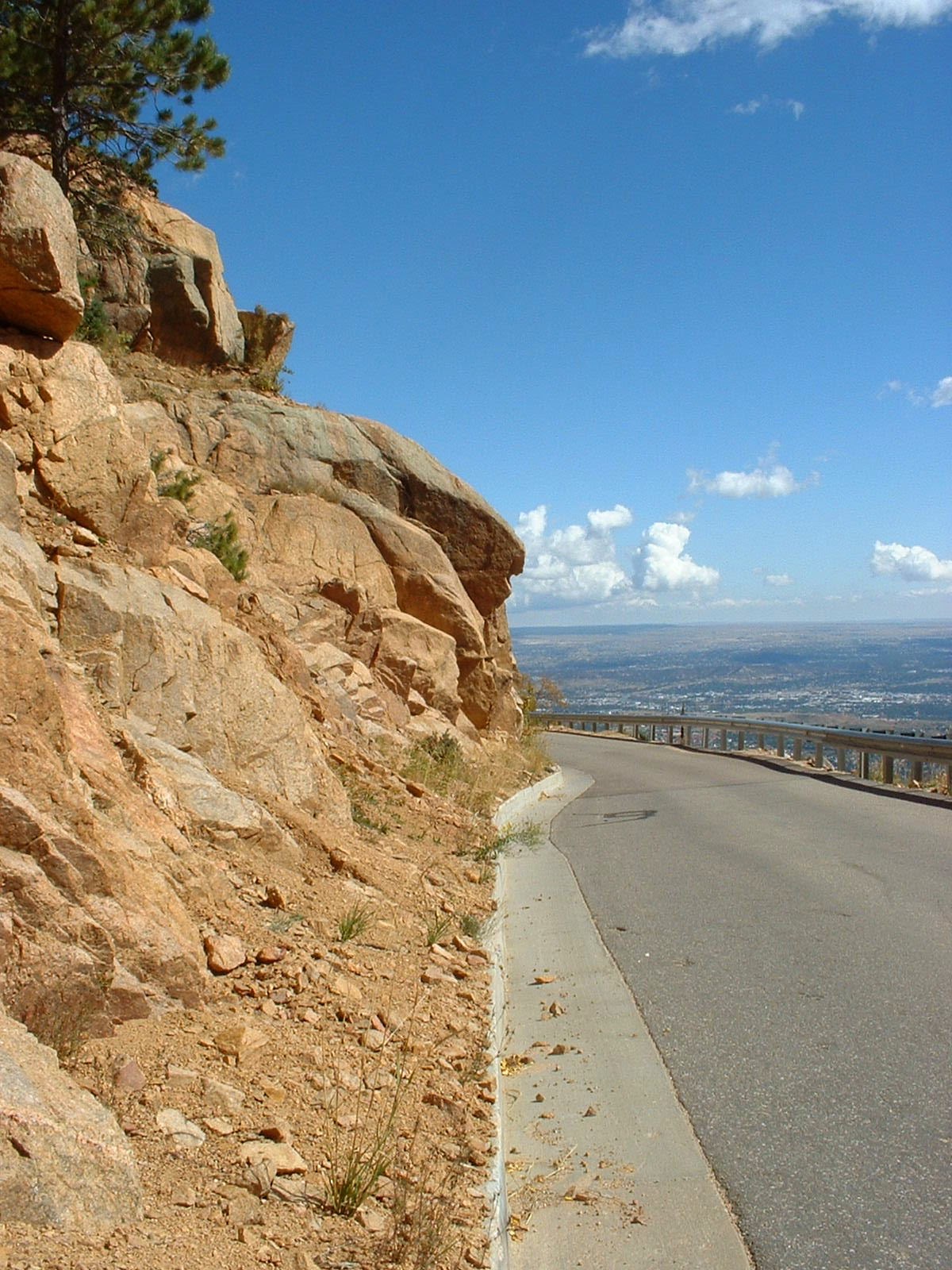 About 4 1/2 miles up Crystal Park from the present-day gatehouse, just past the upper switchback, is a large rock that projects over the road, know as "Overhanging Rock" or simply "The Big Rock".  Below is a series of photos that show the progression from before road construction, then as this area was excavated for the initial construction of the roadway and it's modification since. 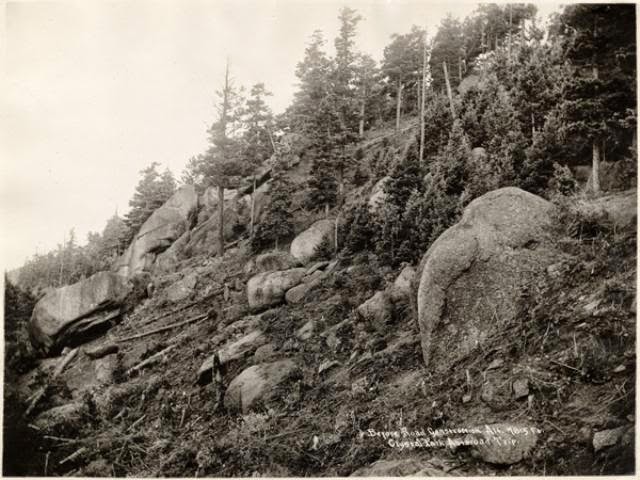 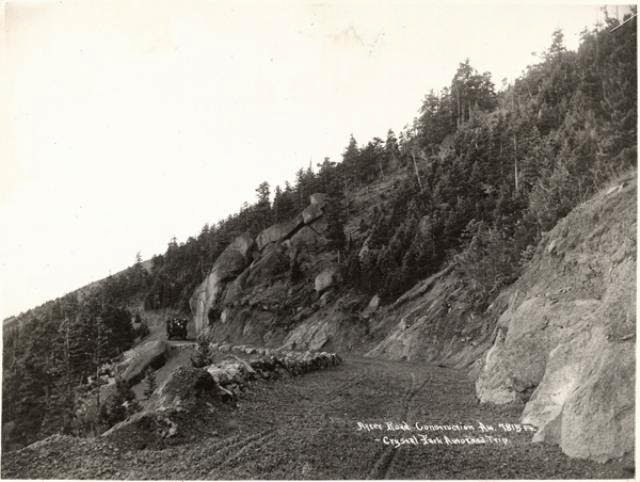 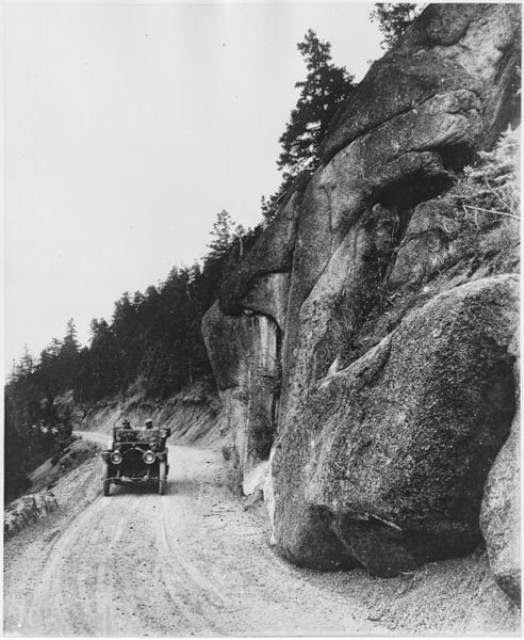 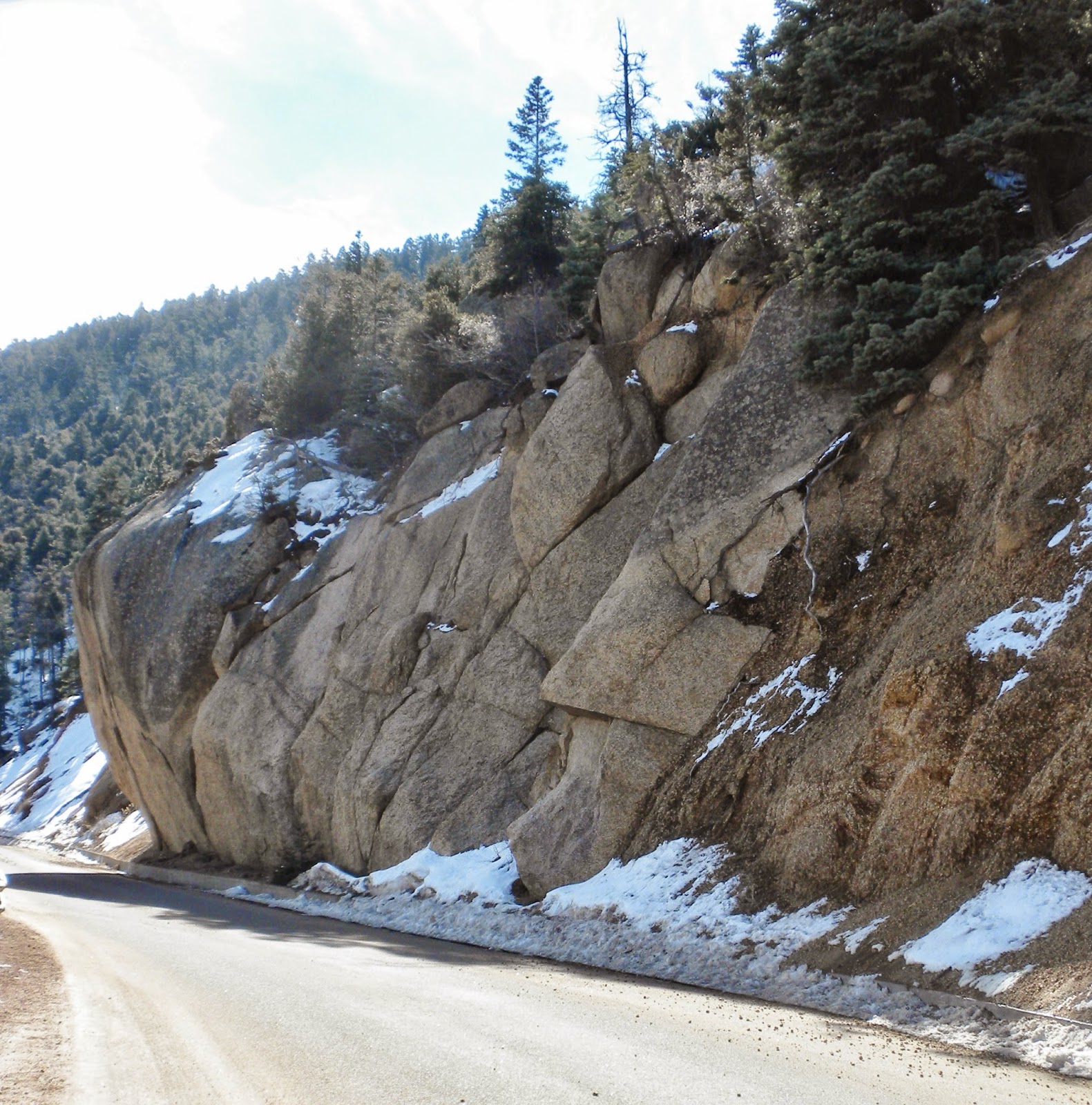 When built in 1910, the Crystal Park Auto Road had many twists, turns, switchbacks and steep grades, as does the road today.  However, there is a major difference from the early Auto Road days (beside the fact that the road was paved in 2002).  That difference is the absence of the turntable.  As the building of the road progressed, it became apparent that there was a major issue.....this was the Pikes Peak region, and Pikes Peak was visible from almost everywhere, but there was no view of the Peak from anywhere on the Auto Road Trip.  In order to rectify this, the road was extended around the shoulder of Eagle Mountain at the upper switchback so that tourists would have a very excellent view of the Peak.  However, because of the steepness of the slope in that location, there was no easy way to build a turnaround for the large touring cars to continue uphill to the Park itself.  The solution was the installation of a turntable.  The vehicle was driven onto this device, the passengers and driver would get out, view Pikes Peak, and then push to rotate the car 180 degrees.  They would then continue their tour.  The turntable was abandoned at some point in time and the road reconfigured so that vehicles could make a turn before the Pikes Peak viewing point and continue uphill.  In 2003, it was rebuilt and installed at a different location as a historical exhibit. Evidence remains of the original site, but because of tree growth, there is no real view of the Peak from there. 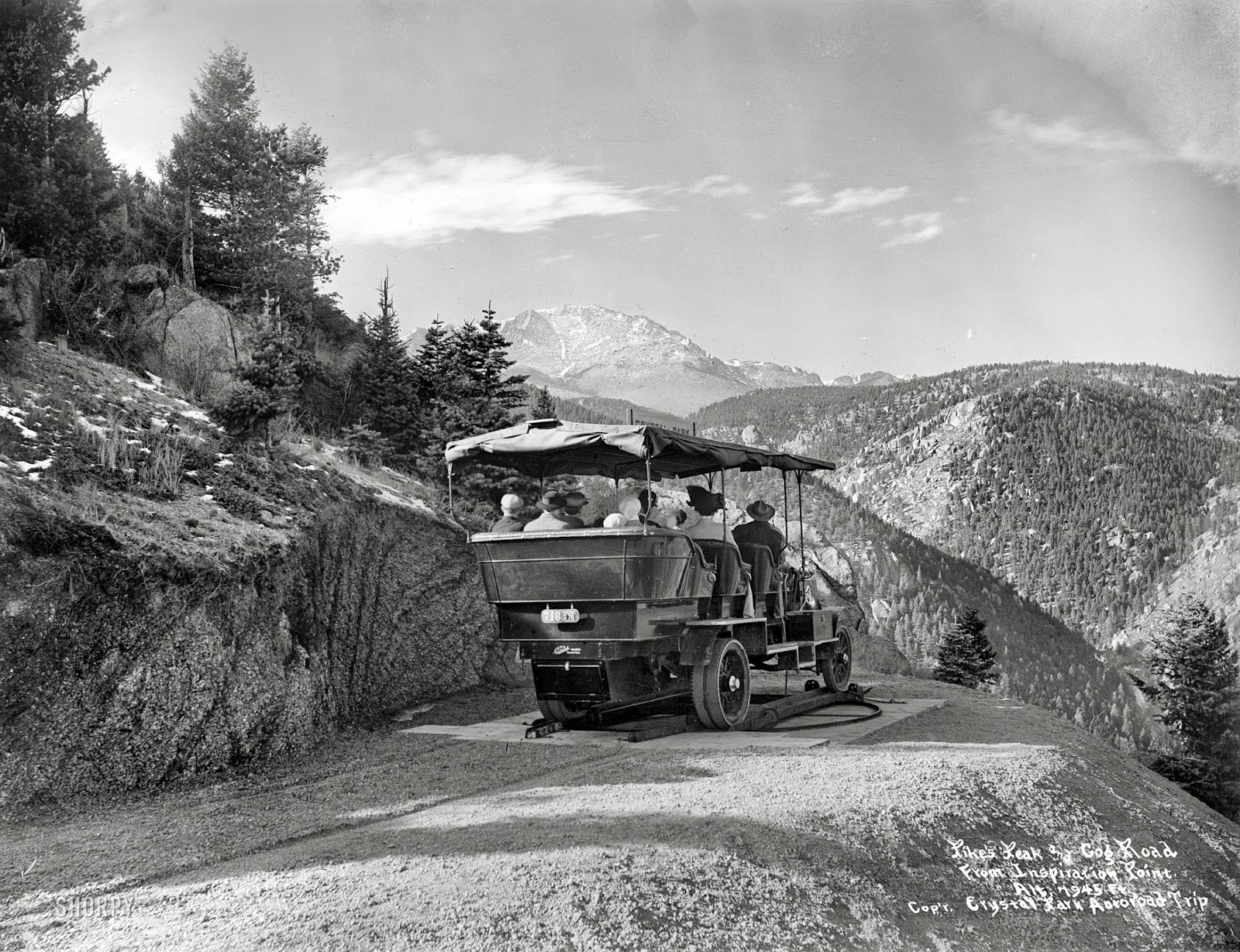 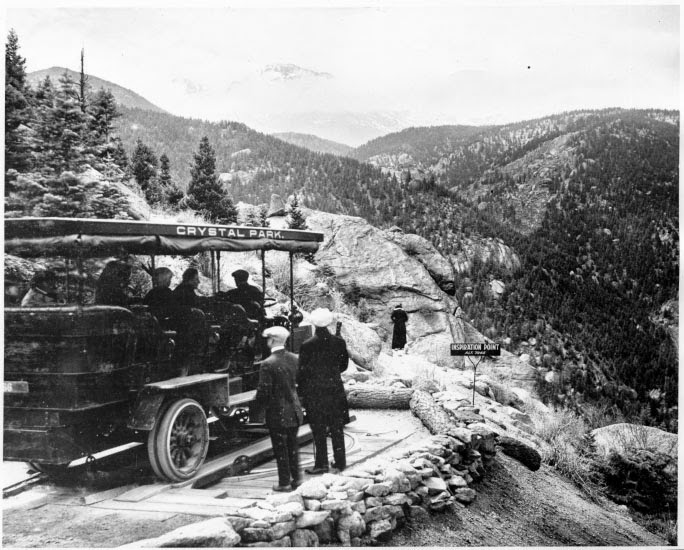 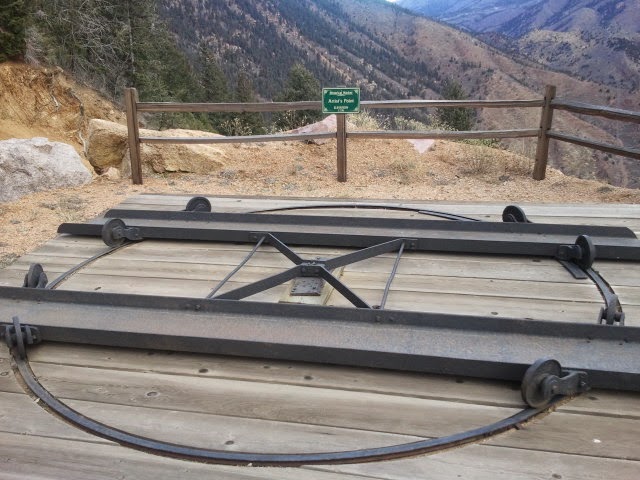 Below is the "information board" located at the restored turntable. 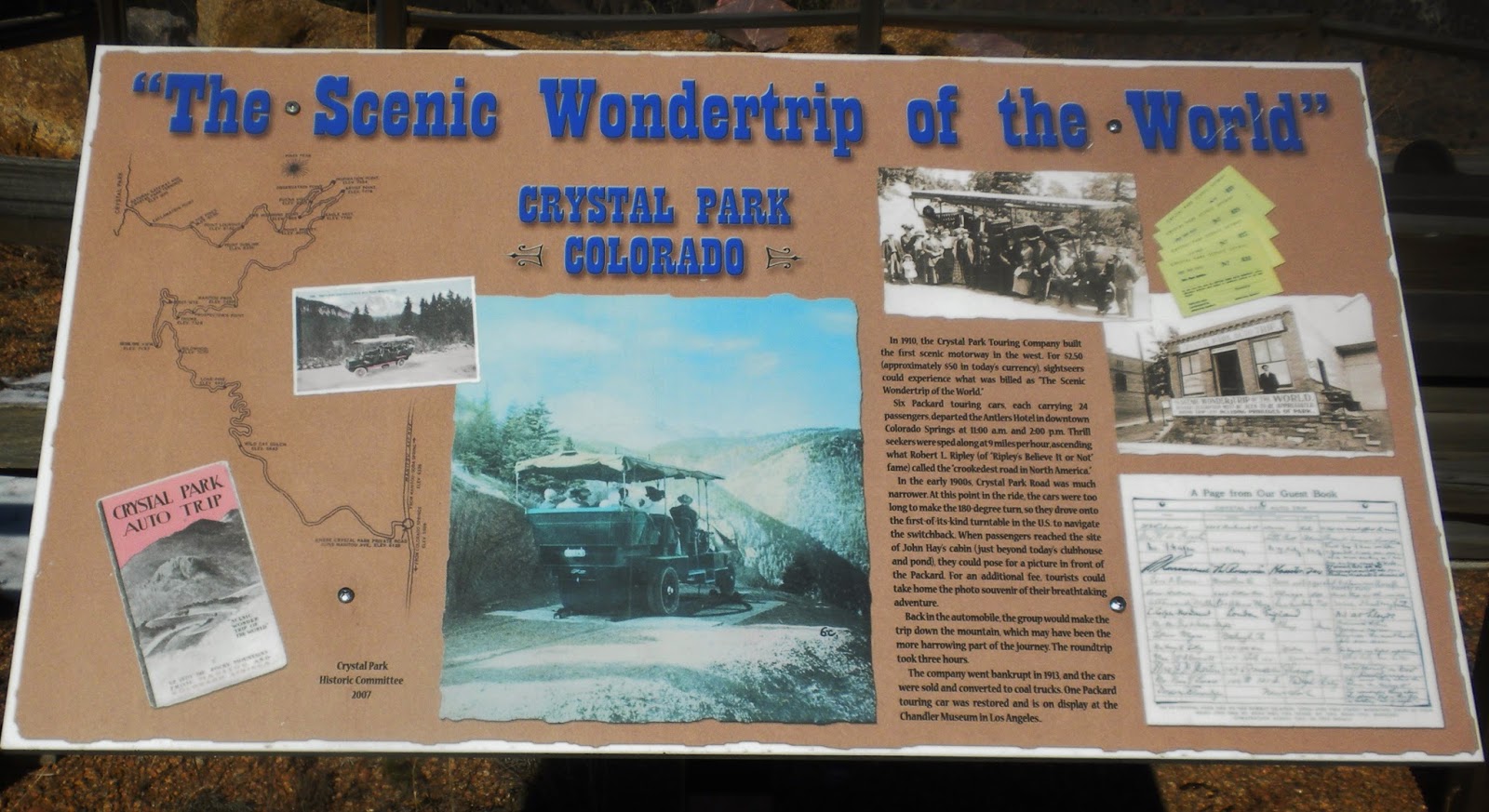 Over the years there has been lots of speculation about whether or not there were additional turntables on the Auto Road.  Diligent research has failed to find any evidence or even a single contemporary reference to more than one.

Leaving Denver in the morning by train, the party was met at Colorado Springs by the committee of Colorado physicians and taken to the Antlers Hotel, where were in waiting the autos which took the party through Colorado Springs, through Colorado City, over the road to Manitou, and then along the private auto road of the Crystal Park Company. The Crystal Park Road is a wonderful scenic mountain roadway, having a succession of loops and switchbacks, and at one point a turntable. In this thirty-mile ride there is an ascent of more than 2,500 feet, the elevation at the highest point being more than 8,500 feet above sea level.

Posted by Historic Crystal Park at 9:30 AM